Evaluation of On-Road Safety Enhancements Coming to The Toll Roads

The Boards of Directors of the Foothill/Eastern (F/ETCA) and San Joaquin Hills Transportation Corridor Agencies (SJHTCA) approved a task order with Fagan Consulting and subcontractor Stantec to evaluate on-road safety enhancement options and develop recommendations to enhance safety on The Toll Roads.

The initiative is part of TCA’s Strategic Plan and calls for evaluating the feasibility of leveraging existing TCA toll system equipment to accurately detect and report wrong-way vehicles, as well as evaluating wrong-way vehicle detection and prevention systems in use on other facilities and providing recommendations on their suitability for deployment on The Toll Roads.

The contractors will work with TCA staff to develop strategic, tactical and operational plans for procuring, implementing, operating and maintaining a wrong-way vehicle detection/prevention program. Report recommendations will be reviewed with Caltrans and the California Highway Patrol.

Fagan and subcontractor Stantec were recommended after a competitive bidding process of four possible contractors. Selection was based on a combination of factors that included experience and qualifications of the proposed team, schedule and cost.

Historically, the Surplus Lands Act did not apply to Joint Powers Authorities (JPAs) and the Agencies have not had a need for a policy. JPAs were included in the Act in 2019. 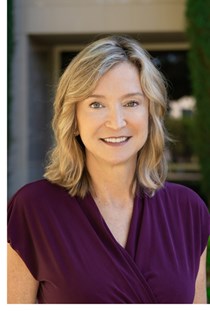 Valarie McFall has been appointed Interim CEO effective immediately. McFall is a respected, award-winning industry veteran with more than a quarter century of transportation, environmental and external affairs acumen.

Since joining TCA in 2000, McFall has held several increasingly senior positions. Before being named the first Deputy CEO in 2020, she was Chief Environmental Planning Officer, responsible for managing the Agencies’ 17 mitigation sites spanning over 2,200 acres of protected open space. Her efforts yielded meaningful results, including the preservation of multiple key properties throughout Orange County to ensure the continued presence of important native habitat for wildlife species and the protection of core wildlife linkages running from the coast to the inland portion of the county.

Her expertise in public policy has proven instrumental to TCA’s completion of the South County Traffic Relief Effort and advancing the 241/91 Express Connector Project — two critically-important, large-scale projects that will provide countywide and regional congestion relief.