The Transportation Corridor Agencies (TCA) are working with Caltrans (owner of The Toll Roads) to assess and repair damage caused by the Silverado Fire and reopen the roads as soon as it safe to do so.

The following portions of The Toll Roads remain CLOSED:

While there isn’t a way to eliminate all fire risk, TCA takes important steps to prevent and mitigate wildfires. The Agencies partner with multiple organizations, such as the Orange County Fire Authority and Caltrans, to clear vegetation and create defensible spaces and buffers that serve as areas for first responders to fight wildfires when they occur. TCA also participates in the Orange County Fire Watch program, which alerts the public to elevated fire danger in or near wilderness parks and communities across Orange County. Additionally, earlier this week, OCFA used The Toll Roads facilities as a staging area for firefighters battling the blaze. 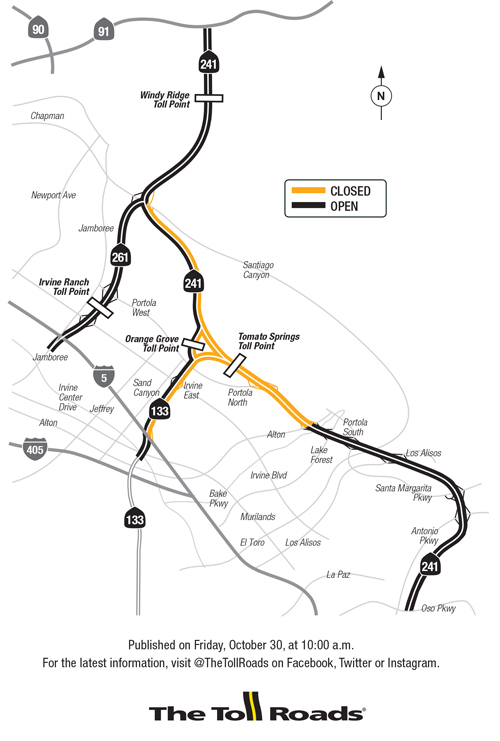