The weekend of August 13, 14 and 15, the 241 Toll Road will experience lane reductions and closures as teams work around the clock to replace four joint seals on the bridges at Santiago Creek as part of planned preventative maintenance.

August 14 and 15 (Sat/Sun)
5 a.m. to 10 p.m.: One lane in both directions open to drivers between State Route 91 and Santiago Canyon Road/Chapman Avenue.

August 13, 14 and 15 (Fri/Sat/Sun Nights)
10 p.m. to 5 a.m.: All lanes in both directions closed to drivers between State Route 91 and Santiago Canyon Road/Chapman Avenue.

Multiple closure options were considered before selecting this closure as the least disruptive to drivers. Road signs were in place a week prior to the closure to alert weekend travelers in advance. Detour signage will also be in place throughout the closure. Drivers are encouraged to watch for signs and be Work Zone Alert to make the work area safer for Caltrans employees and highway workers.

What are joint seals?
Joint seals keep dirt, rock and other debris from entering and becoming lodged in a bridge joint. Bridge joints are designed to move and account for thermal expansion and contraction of the bridge as temperatures rise and fall. They allow the bridge to accommodate a degree of movement during a seismic event.

More about the project
This is a roadway maintenance project of the California Department of Transportation (Caltrans). State Route 241 is owned by the state of California and maintained by Caltrans.

For more on The Toll Roads and area closures and detours
TheTollRoads.com and @thetollroads 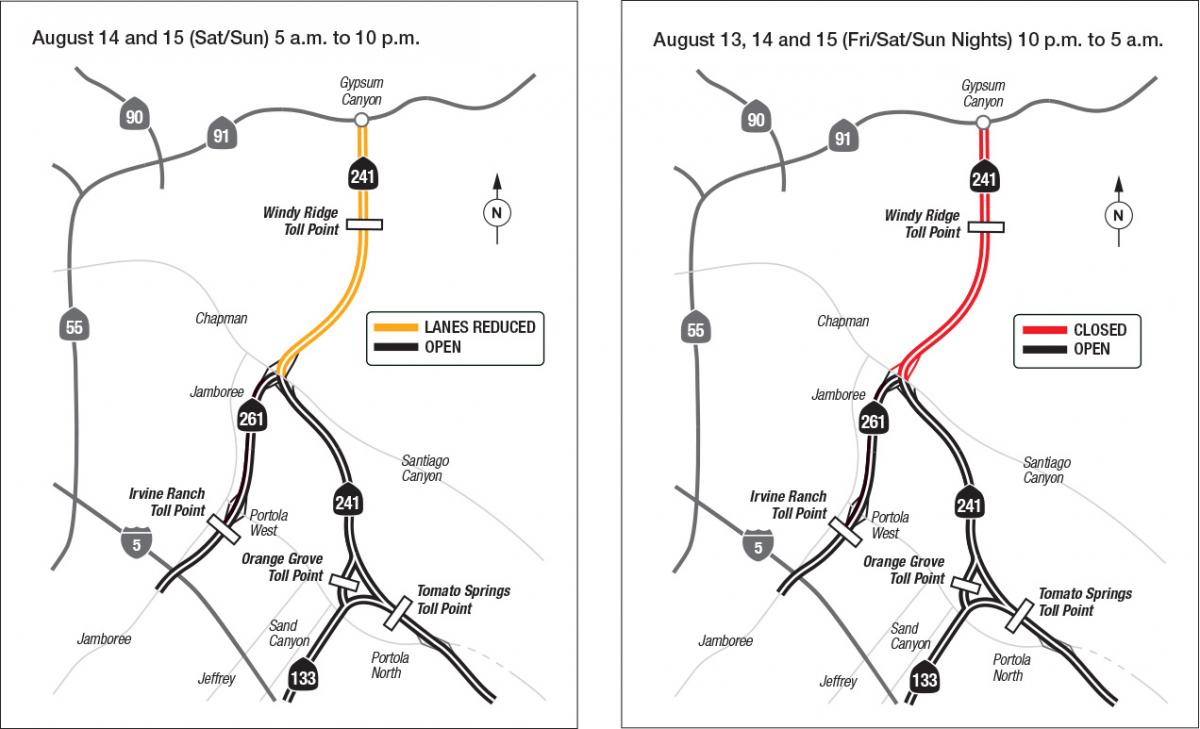