Highlights from the July 9 Joint San Joaquin Hills and Foothill/Eastern Transportation Corridor Agencies Board Meeting are provided below. 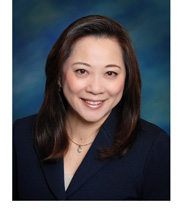 TCA became a member of the SCAG Regional Council in 2010, giving TCA a vote on regional policies that could impact The Toll Roads’ network, as well as a voice on transportation policy planning for the region.

In order to allow the Agency to continue defending itself in litigation initiated by the City of San Clemente and the Reserve Maintenance Corporation HOA, the F/ETCA Board approved a budget amendment in the amount of $600,000 to the recently approved Fiscal Year 2021 (FY21) budget to cover the unanticipated need of ongoing and continued litigation. The City filed suit in 2017 against the F/ETCA, four State agencies and six environmental organizations, well before the formal environmental study for the South County Project started in 2019. Chairwoman Christina Shea and other directors expressed disappointment with the need to expend additional funds to defend the Agency against unnecessary litigation, especially since the Agencies recently adopted a fiscally-sound and conservative budget due to COVID-19.

TCA Board Members and Staff Featured in “Good Deeds” Video

As part of the Agencies’ COVID-19 Communications Plan a short video was shown to the Boards highlighting staff and Directors’ good deeds and moments of giving back during the pandemic. The video will be shared through social media and sent to Directors when a public link is available.

Interim CEO Samuel Johnson provided the Boards with an update on TCA’s response to the June 29, 2020, report from the Orange County Grand Jury. Although the report contains incomplete and inaccurate information, it also contains the following facts that are noteworthy and show that the Agencies are on the right path toward continued success:

Staff will be working with the Boards to prepare a formal response to the Grand Jury’s report within the required time period (90 days from release). TCA appreciates Grand Jury’s public oversight role and the volunteers who dedicate their time.