On July 15, the Foothill/Eastern Transportation Corridor Agency (F/ETCA) executed an early paydown of $125 million in bond debt. The early paydown of bond principal that had a maturity date of 2053 is expected to save the Agency approximately $180 million in interest payments.

The early paydown is part of the Transportation Corridor Agencies’ (TCA) groundbreaking seven-year Strategic Plan, approved earlier this year by their two Boards of Directors. The fiscal management component of the Strategic Plan recommended both Agencies pay down approximately $600 million, combined, in early bond principal payments over the next seven years.

Five more early paydown opportunities are scheduled, allowing the Agencies to collectively save nearly $1.4 billion in interest over a 10-year horizon while still investing in improvements to The Toll Roads.

On July 11, PayNearMe – the partner the Agencies work with to accept cash payments from drivers – published a case study about the success of its relationship with TCA.

In Fiscal Year 2022, nearly a quarter of a million payments totaling $7 million were processed through PayNearMe at about 4,000 locations.

With the introduction of QR codes, the Agencies anticipated a 5% increase in payments made through PayNearMe. However, payments via PayNearMe have increased an incredible 640%. 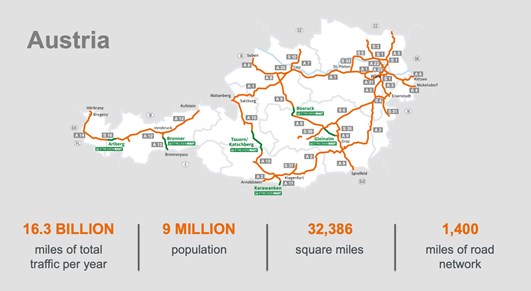 In late June, staff from The Toll Roads hosted a peer exchange with representatives from ASFINAG, the Austrian government-owned corporation responsible for all the country’s tolling facilities.

The purpose of the peer exchange was to share information, experiences, best practices and trends impacting the tolling industry globally. ASFINAG plans, finances, builds, maintains, operates and tolls in a nation that has 1,400 miles of toll roads that provide sustainable revenues for transportation and innovation.

Among the topics discussed were the history of the Agencies and current environmental sustainability programs, as well as their Strategic Plan. ASFINAG shared several initiatives, including Connected Vehicle Technology, leading-edge clean renewable energy creation and an interface with digital assistance to pay tolls while on the road.

Many of the initiatives ASFINAG has envisioned are part of the Agencies’ adopted Strategic Plan. TCA staff gained insight and inspiration from several ASFINAG concepts and will present for research and pilot consideration at the Strategic Planning Workshop, set for November.